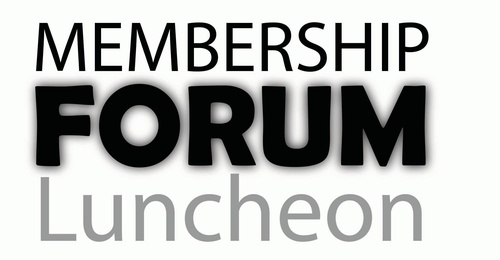 Join us for the October 2019
MEMBERSHIP FORUM LUNCHEON

CPP ? Titanium is the consolidated efforts of what was the ATI Cast Products facility on Queen Ave and the Selmet facility on Seven Mile Lane both in Albany, Oregon.   Consolidated Precision Products (CPP) manufactures highly complex components for the commercial aerospace market including engine housings, gear boxes, front frames, shrouds, panels, fairings, blades and vanes.  Founded in 1991, CPP has grown substantially over the past 25 years through a combination of acquisitions and organic growth.  From our first facility in Cudahy, California, CPP is now comprised of 17 global casting facilities manufacturing products for the aerospace, defense, and industrial gas turbine markets.  CPP is privately owned by a private equity firm, Warburg Pincus, of New York.
The ATI Cast Products facility will return to it?s former name, Pacific Cast Technologies, Inc.   PCT began in Albany in 1968 as TiLine, producing titanium lined pumps and valves.  In 1971 the Whittaker Corporation purchased the business then sold to CALR Corporation in 1981.  During CALR?s ownership the facility transitioned from a sand casting facility to an investment casting facility.  In May 1986, CALR closed the business and sold the assets to Sturm Ruger.  Sturm Ruger restarted the business with 25 people and then sold 55% of the company to ESCO in Portland, Oregon.  In 1988 ESCO bought the remaining shares.  During ESCO?s ownership the business started manufacturing aerospace castings for GE.  In December 1990 the business was sold to IMI Titanium headquartered in Birmingham, England.  In 1991 the company merged with TiTech of Pomona, California also part of IMI.  In 1996 IMI was purchased by Timet.  In 1997, a fire destroyed the main building at Queen Avenue that housed the large aerospace parts manufacturing area.  Everyone worked hard to keep product flowing, even working under tents!   In 1998 a joint venture was formed between Wyman Gordon and Timet.   In 1999 Precision Castparts of Portland, Oregon purchased the Wyman Gordon/Timet venture but was required to divest of the Albany titanium casting facility by antitrust authorities.  The facility was purchased by the Ladish company of Wisconsin.  The operation took on the name Pacific Cast Technologies at this point and focused on growing the large aerospace investing casting business.   In 2011, ATI purchased the Ladish company.   The Queen Avenue facility has operated as ATI Cast Products since 2011 and continued to produce large aerospace investment castings.
Larry Sharpf purchased Rem Metals Products and re-opened the company as Selmet, Inc. in May 1983.  The Rem Metals facility had begun in Albany in 1969.   Under Larry?s leadership the business manufactured aerospace castings, but also developed a large golf club manufacturing business.   As golf clubs became a commodity and manufacturing moved oversees in the late 90?s, the business refocused on aerospace and grew substantially.  In 2011, Larry sold the business to Blue Point Capital Partners from Cleveland, Ohio.  With investment from Blue Point the business doubled in size and sales between 2011 and 2018.  In 2018 Blue Point sold the business to CPP who continues to grow the business.
The aerospace business continues to grow dramatically as more and new technology aircraft are needed to support worldwide transportation needs.   Both business are forecasting ongoing growth and look forward to partnering to solidify our position as the world leader for titanium aerospace investment castings.