Join us on Zoom for the
MARCH MEMBERSHIP FORUM
with guest speaker
Doug Boysen, President and CEO
Samaritan Health

With registration, you will be entered into drawings for $100 gift certificates to Brick & Mortar, First Burger, and Southpaws Perfect Pizza
About our speaker:
Doug Boysen
An Iowa native, Doug Boysen attended University of Northern Iowa where he received a bachelor's degree in business administration. He continued his education at the University of Iowa, graduating with both a Master of Health Administration and a Juris Doctorate. He has maintained his connection to the University of Iowa by serving on the Alumni Board of Directors for the Master of Health Administration program. Upon graduation, Mr. Boysen worked for several years at Von Briesen, Purtell & Roper, a nationally recognized health law firm, as an associate in Milwaukee, Wisconsin. He then spent more than five years as assistant general counsel at Legacy Health in Portland, Oregon.

He has served as a guest lecturer at Oregon State University, Pacific University and Western University of Health Sciences, and as an adjunct faculty member at Oregon State University and Pacific University. Mr. Boysen is a member of the American College of Healthcare Executives and the American Health Lawyers Association. Mr. Boysen is an active member of the local community, volunteering with Willamette Neighborhood Housing Services, Center for Nonprofit Stewardship, Big Brothers Big Sisters and Trout Unlimited. He was also appointed in 2017 to the Corvallis Vision 2040 Implementation Group - ICAN (Imagine Corvallis Action Network Advisory Board). Mr. Boysen is married and has two children. He enjoys spending time with family, fly fishing, golfing, hiking, traveling and reading. 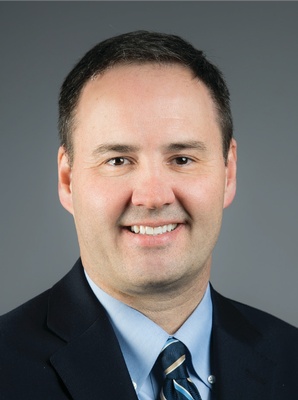 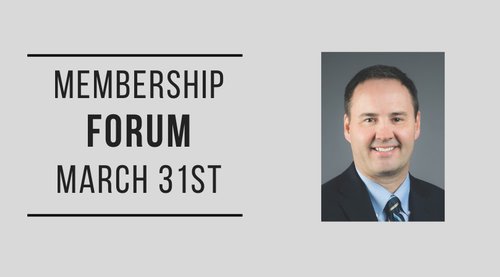 $18 members | $30 non-members
With registration, you will be entered into a drawings for $100 gift certificates to Brick & Mortar, First Burger, and Southpaws Perfect Pizza