Join us for the November Membership Forum Luncheon

Topic
"What the heck just happened? An election review and a look forward to what it may mean in the years to come"

Bio
John Horvick is Senior Vice President at DHM Research. In his decade with the firm, John has wedded his passion for community-based politics with his expertise in opinion research. He manages complex projects for the firm, is an experienced focus group moderator, and serves as DHM’s political commentator. He feels that public opinion work is a powerful tool for answering the question at the center of any democracy: “What kind of community do you want to live in?” While he is particularly dedicated to Oregon’s political life, John has worked on projects across the country. His areas of interest include electoral politics, healthcare, education, land use planning, natural resource use, energy and utilities, transportation, and taxation.

John’s insights and commentary for DHM can often be found in local media such as OPB, the Pamplin Media group, the Oregonian, the Willamette Week, as well as in various national publications.

A proud Minnesotan, John holds a degree in sociology from University of Minnesota. He has since found a second home in Portland, and has devoted himself to furthering a culture of civic engagement in Oregon. He recently served as President of the City Club of Portland and remains an active member in the organization. John is an avid traveler and runner, and can frequently be found on his way to meeting his annual goal of running in all 36 of Oregon’s counties. 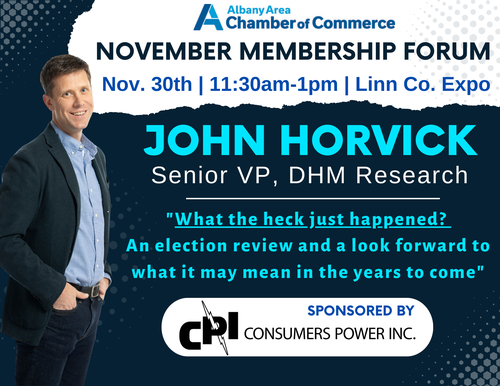